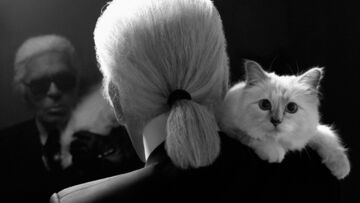 Glenmont - It is with heavy and hope filled hearts that we announce the passing of Father Joseph Francis Collins, age 66, from this veil of tears just before noon on Saturday, April 27, 2019. Father Collins served as Priest for St. Michael’s Traditional Catholic Chapel in Glenmont, New York and died peacefully in the Chapel’s Rectory.
Father had received a recent cancer diagnosis and was under the care of Community Hospice along with a brother priest and beloved parishioners. His final hour came quickly, but he was well prepared. His brother priest gave him final absolution, and recited the prayers for the dying. Father also received Extreme Unction and the Apostolic Blessing shortly after the seriousness of his illness became evident. He also received Holy Communion as Viaticum on a daily basis, including on his final day.
...
Father Collins was born on October 6th, 1952 in Jamaica, New York to William O. Collins and Edith E. Koptick Collins. He graduated from McLean High School in McLean, Virginia and then attended George Mason University in Fairfax, Virginia. He developed a calling to the priesthood and entered priestly formation in Econe Switzerland, receiving his Diaconate on December 24, 1979 and his Ordination to the Priesthood on June 27th, 1980; both by Archbishop Marcellus Lefebvre of the Priestly Society of Saint Pius X.
...
Father served as Priest in St. Michael the Archangel Church in Jacksonville, Florida from 1989 to 1999 and then as Priest at St. Michael’s Chapel in Glenmont, New York and Our Lady of Mt. Carmel /Sacred Heart Chapel in Hudson, New York from 1999 until his March, 2019 cancer diagnosis left him unable to further perform his Priestly duties. A Requiem Mass will be held Wednesday, May 8th, 11:00 am at St. Michael's Chapel, 507 Rt. 9W, Glenmont, NY. Friends may call at the church, Tuesday, 5-9:00 pm.
Father Collins requested donations in his name could be made to Bishop Daniel Dolan / St. Gertrude the Great Chapel 4900 Rialto Rd, West Chester Township, OH 45069 http://www.sgg.org/