The Second Council of Lyons, 1274 (DB 466) hat geschrieben:The same holy Roman Church also has supreme and full primacy and jurisdiction over the whole Catholic Church. This it truly and humbly recognizes as received from the Lord himself in the person of St. Peter, the Prince or head of the Aposles, whose successor in the fullness of power is the Roman Pontiff. And just as the holy Roman Church is bound more than all the others to defend the truth of faith, so, if there arise any questions concerning the faith, they must be decided by its judgment. Anyone who is aggrieved may appeal to it in matters pertaining to the ecclesiastical court; and in all cases that require ecclesiastical investigation, one may have recourse to its judgment. Also, all churches are subject to it, and their prelates render it obedience and reverence. There is such a fullness of power vested in this Church that it admits other churches to a share in its respondibility; and many of these, especially the patriarchal churches, the same Roman Church has honored with various privileges. Yet always its special position has remained intact, both in general councils and in some others.


The Bull Unam Sanctam, 1302 (DB 468) hat geschrieben:We are compelled in virtue of our faith to believe and maintain that there is only one Catholic Church, and that one apostolic. This we firmly believe and profess without qualification. Outside this Church there is no salvation and no remission of sins. Thus the spouse proclaims in the Canticle, "One is my dove: my perfect one is but one. She is the only one of her mother, the chosen of her that bore her" (Cant. 6:8). Now this chosen one represents the one mystical body whose head is Christ, and Christ's head is God. In her there is "one Lord, one faith, one baptism" (Eph. 4:5). For at the time of the deluge there existed only one ark, the figure of the one Church. This ark received its final touch by one cubit's provision and hat but one pilot and captain, that is, Noe. And we read that all things existing upon the earth outside this ark perished. We honor this Church as the one and only Church, as the Lord says by his prophet, "Deliver, O God, my soul from the sword: my only one from the hand of the dog" (Ps. 21:21). The Lord was praying for his soul, that is, for himself as head, and at the same time for his body which he called his only one, that is, his Church, because of the oneness of his spouse, the Curch, in faith, in the sacraments, and in charity. This Church is the seamless robe of the Lord (see John 19:23), which was not cut but for which lots were cast. Therefore, the one and only Church has one body, one head (not two heads, like a monster); namely, Christ and his Vicar Peter, and the successor of Peter; for the Lord said to Peter himself, "Feed my sheep" (John 21:17). My, says Christ, and this universally, not singling out "these" or "those." By this expression it is clearly understood that He entrusted to him all without exception. If, therefore, the Greeks or others say that they are not committed to Peter and to his successors, they necessarily say that they are not of the sheep of Christ, as the Lord says in John that there is one fold and one shepherd (see John 10:16). 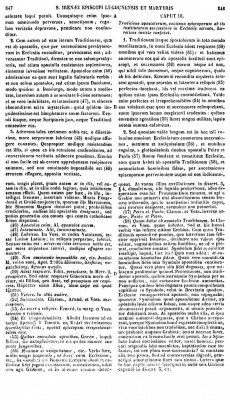 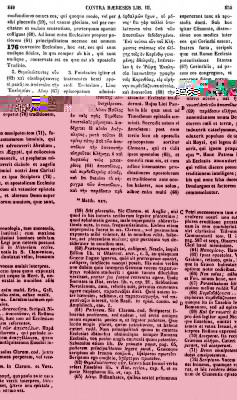